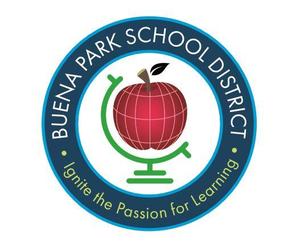 Buena Park School District’s Board of Education selected Jason Chong to lead as president and Jerry Frutos to serve as clerk during its annual organization meeting on Dec. 14.

During the same meeting, held via Zoom, members Irene Castaneda and Tharwa Ahmad, who is the board’s outgoing president, took the oath of office.

“I want to congratulate Mr. Chong. I know that we’re in good hands, and I feel like every single board member has something to offer, and we’re just so lucky to have a great group of people on our board,” Ahmad said. “I know that Mr. Chong will do a great job.”

Chong thanked Ahmad for her determination in leading the board during the COVID-19 pandemic and the community for its unwavering positivity and support.

“I want to thank the site administrators, teachers, parents, District office employees, management and Superintendent Dr. Ramon Miramontes and his executive cabinet,” Chong said. “It’s been a crazy year but the fruits of our labors have been seen and are very evident to the community.”

Castaneda, who has served on the board since 2016, was elected to her second term in the Nov. 3 election, winning about 72 percent of the vote. Ahmad ran unopposed and was elected to her first full term after being appointed to serve the unfinished terms of previous board members in 2017 and 2019. The board also includes Rhodia Shead.

“Congratulations to Jason Chong for his appointment as president, Jerry Frutos on becoming clerk and Irene Castaneda and Tharwa Ahmad for winning their election campaigns,” Miramontes said. “These members and everyone on our Board of Education are thoughtful, kind and determined in their work to make Buena Park School District the best it can be so that our students can excel.